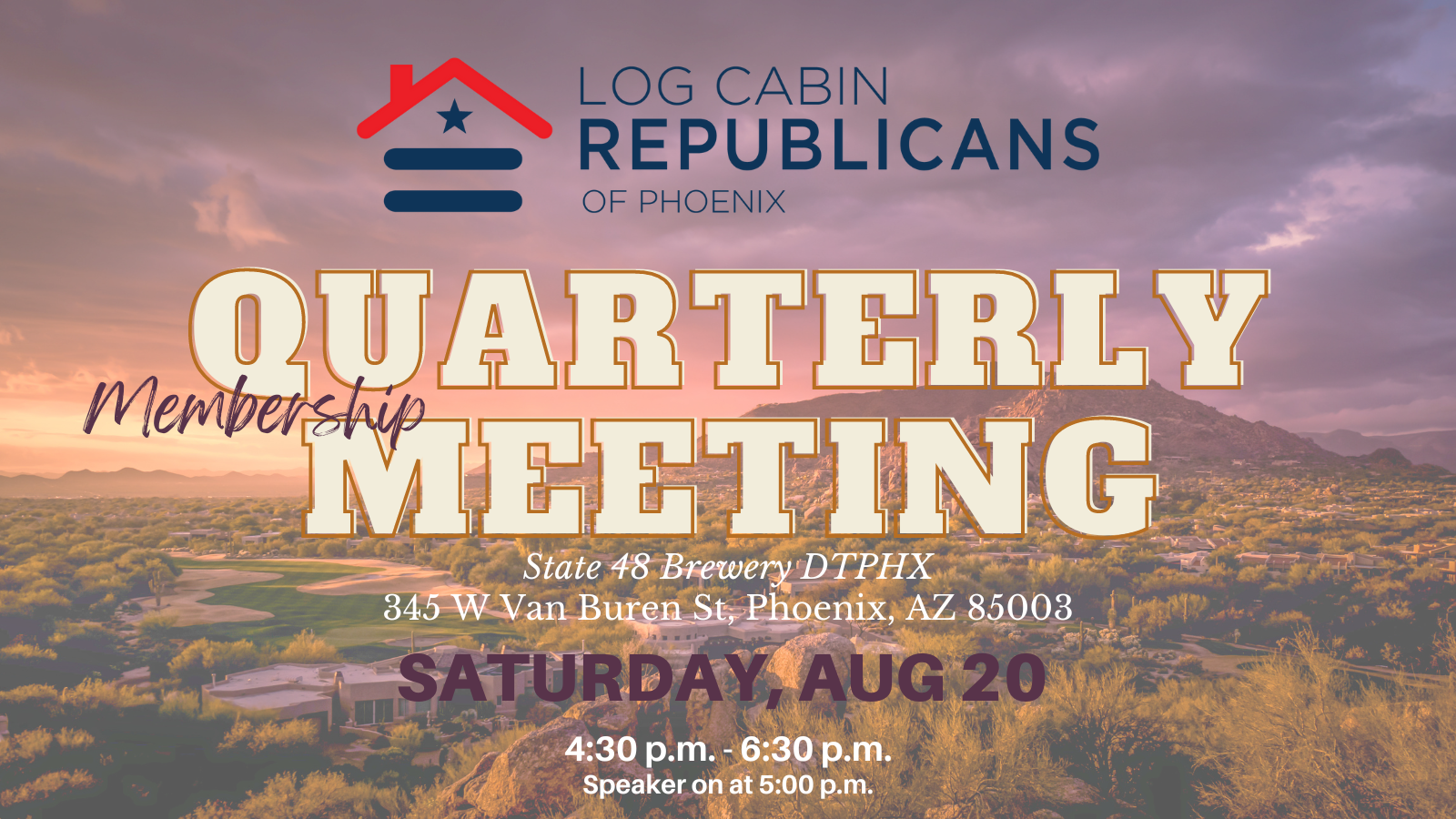 Our third quarter membership meeting will be taking place on Saturday, August 20 at 4:30PM. Location will be at State 48 Brewery in Downtown Phoenix. The address is 345 W Van Burent Street, Phoenix, AZ 85003. Members and guests are welcome!

Prior to his service in statewide elected office, Mr. Horne was a litigation attorney in private practice for more than 30 years. He obtained several jury verdicts in excess of $1 million. Early in his practice, Tom was inducted into the American Board of Trial Advocates, which required documentation of, at a minimum, 25 trials to a jury to conclusion (not settled cases) as first chair lawyer. He developed a statewide reputation for simplifying complex commercial cases for juries.

Tom Horne has served as a Special Assistant Attorney General, Superior Court Judge Pro Tem and Court of Appeals Judge Pro Tem. While practicing law, Mr. Horne served on the school board of Arizona’s third largest school district for 24 years, ten as its president. He served four years in the Arizona Legislature, was a member of the Judiciary Committee, and was Chairman of the Academic Accountability Committee. On July 11, 2000, the Arizona Republic wrote that Tom Horne, “raises the level of debate at the state Legislature by several notches all by himself.”

Mr. Horne has served in every branch of the government: