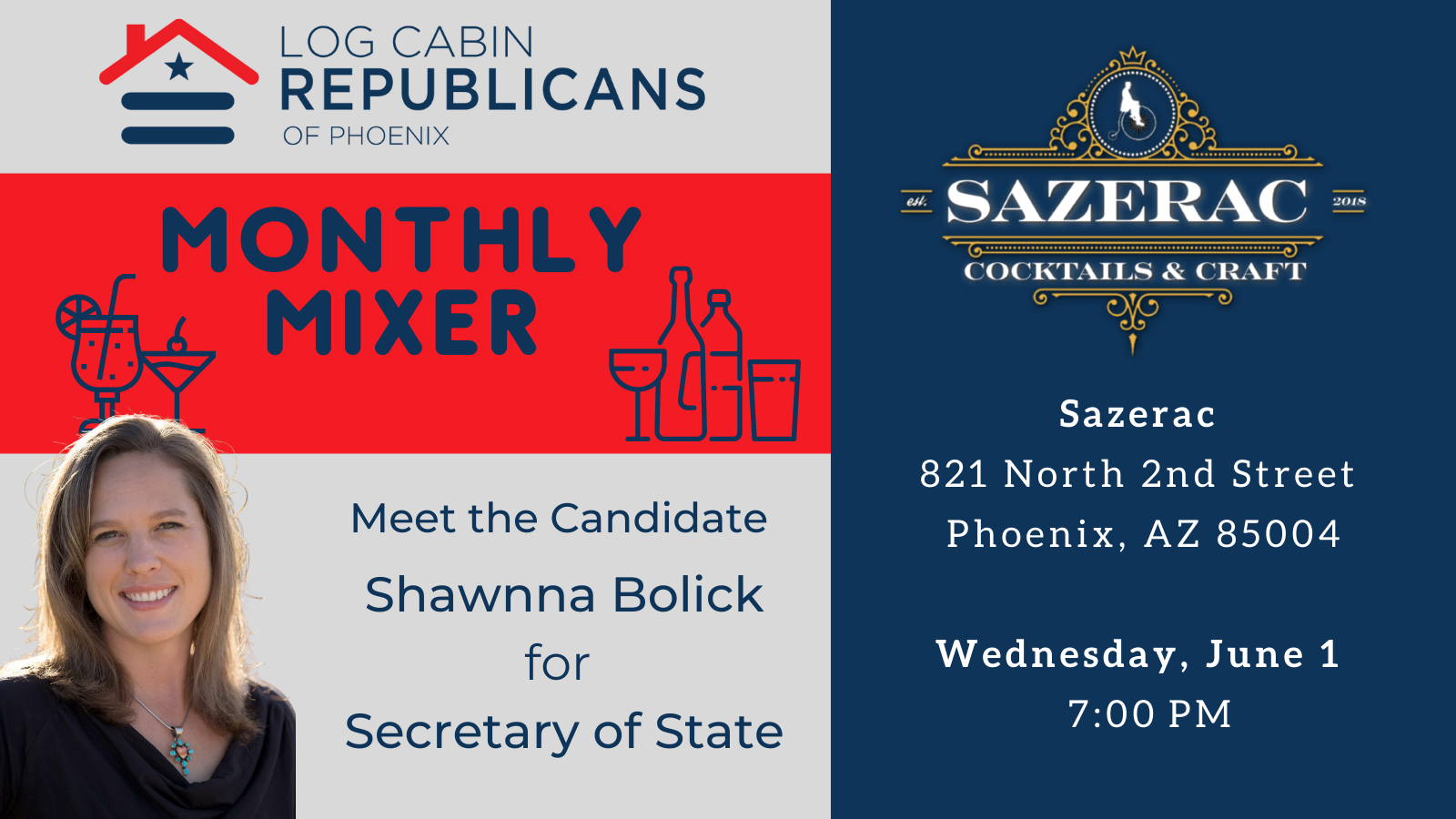 Catch up with Log Cabin Republicans of Phoenix at our monthly mixer at Sazerac in Downtown Phoenix! We will be joined by Shawnna Bolick who's running for Arizona Secretary of State.

The Honorable Shawnna LM Bolick has a strong background in public policy. Bolick moved to Arizona in 2001 and immersed herself in the community. Shawnna has been a leader in school choice for more than two decades. With her strong interest in our state's academic standards, she served as a high school parent in 2015 on the State Board of Education's Academic Standards Development Committee. To this day, she still serves on her children's elementary charter school board. She was elected to the Arizona House of Representatives in 2018 representing Legislative District 20. She currently serves as Chairman of Ways and Means. As a state representative, she has led on tax reform, criminal justice reform, consumer protection, and election integrity. Rep. Bolick has been an effective leader in her short tenure at the Capitol. She is most proud of legislation signed into law defending victims' rights and fighting human trafficking. She was also appointed to the state's Juvenile Justice Commission. Bolick is a Republican, a wife, and a mother of two. Shawnna and her family reside in Phoenix, AZ with their three greyhounds.